Using atomic force microscopy (AFM) it is possible to scan conductive sample surface with a fine tip, which is attached to a cantilever. 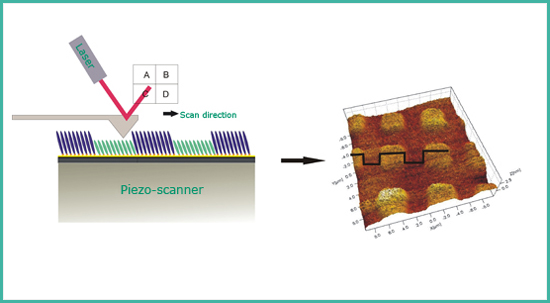 Since the detector field is divided into four different fields, the migration of the laser on the photodiode, providing different voltage levels, which is formed from a differential signal.

There are two ways to handle this difference signal. It can be converted directly into a height profile, or send in a feedback loop to the piezo element so that this unit readjusts the cantilever so that the power of the print head remains constant. In the first case one speaks of a constant height-mode, in the following mode of constant-force.

Measurements can be done in air and in liquid, whereby the resolution can go through the variation of the cantilever and scanner up to the atomic level.

The atomic force microscope from Digital Instruments (NanoScope NanoScope IIIa MultiMode with control unit) also offers the possibility through the reconstruction of the measuring head to operate in scanning tunneling microscopy mode. 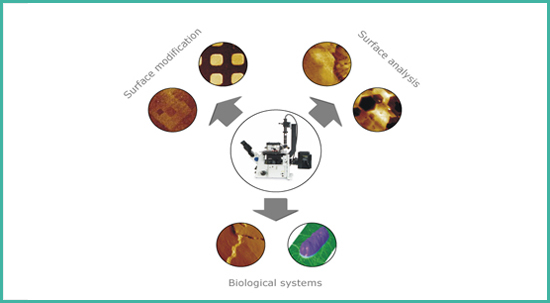