The basis of most of the work of the 3D cell culture systems group is the microcavity array system (fig. 1). The polymer foil based 3D cell culture system has been developed at the KIT and unites several advantages, such as their thin walls and therefore their high transparency which makes them idela for microscopic applications, the defined position of each cavity and more. The system has successfully been used for the (co-)culture of liver, heart, gut, several types of stem cells and other cell types and can also be used in specialized microbioreactors which allow for dynamic culture conditions. 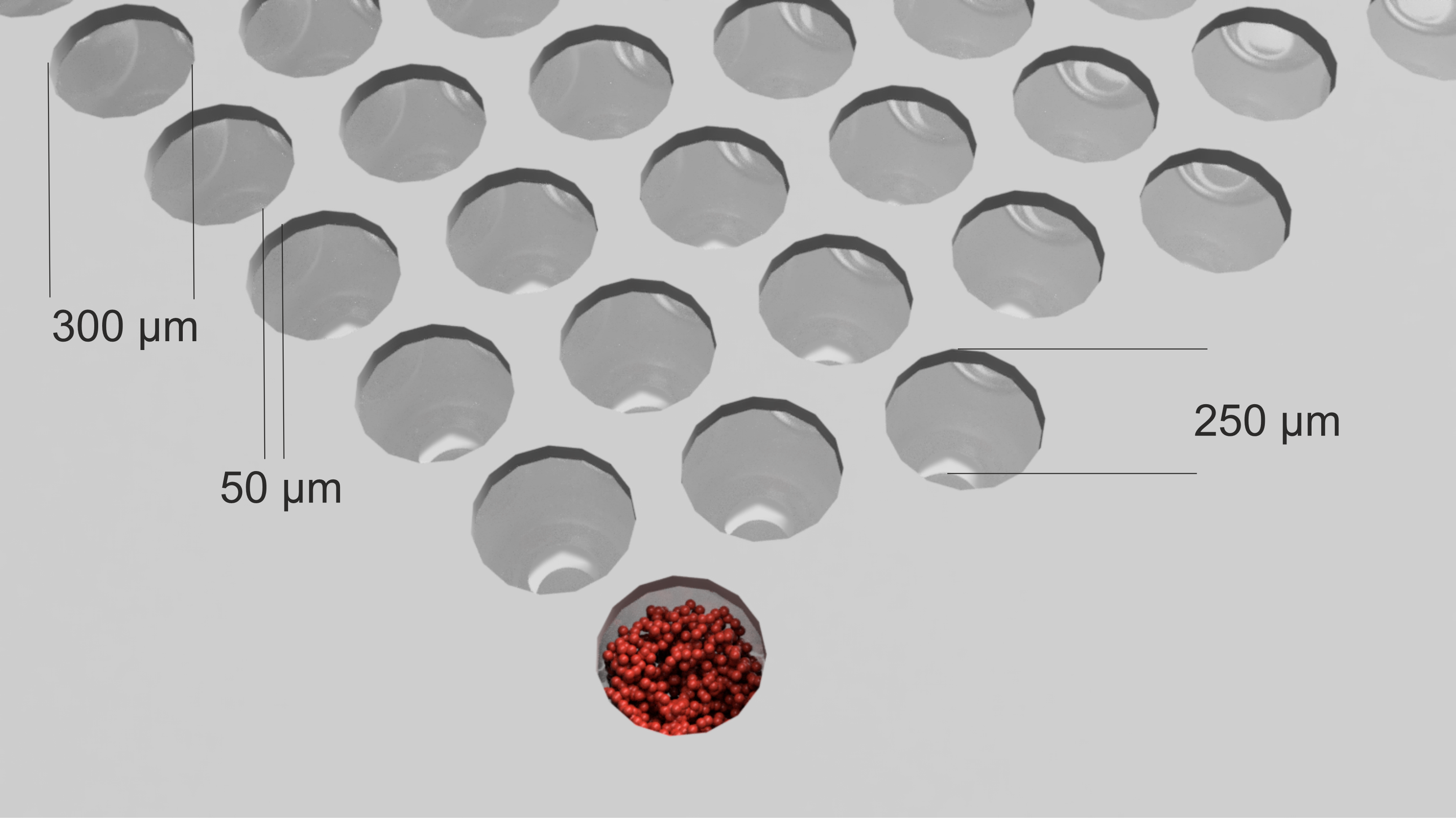 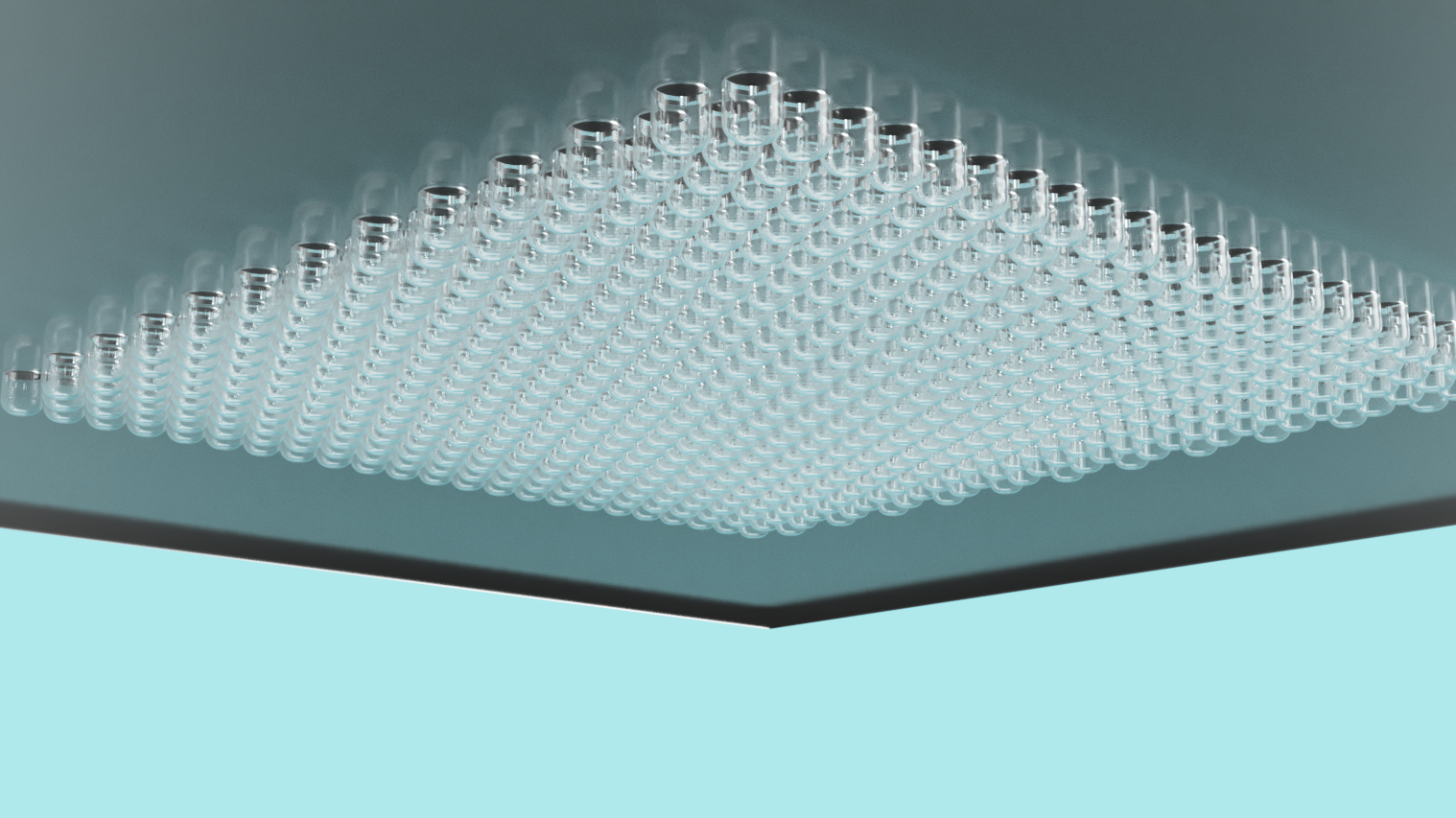 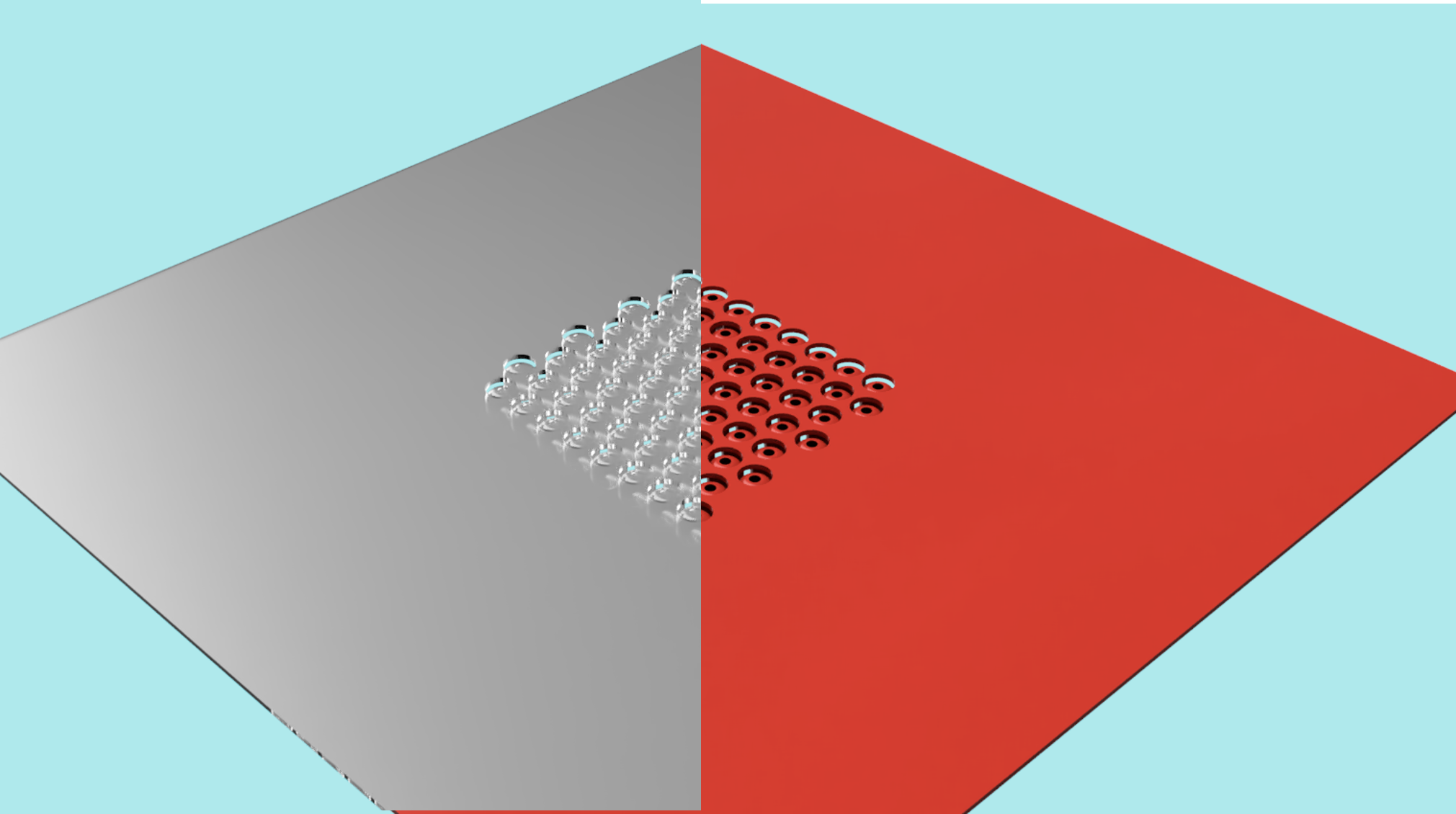 Oxygen is the most important cell culture parameter which in most cell culture systems is not determined routinely or, like in 3D cultures, cannot be determined at all so far. By coating the array foil material with an oxygen-sensitive fluorophore, it is possible to measure oxygen label-free, in real-time, and without analyte consumption in the direct microenvironment of organoids and their surrounding. By this, the oxygen concentration or gradients in the direct microenvironment of hundreds of organoids can be measured simultaneously.

Fig. 2: Oxygen measurement in a HepG2-spheroid culture. Even slight changes in the dissolved oxygen concentration after medium exchange can be detected as well as changes after the administration of a respiratory chain toxin (1 µM Antimycin A) with the differences in the oxygen concentration in the surrounding of the microcavities (upper curve) and in the direct microenvironment of the spheroids (lower curve). The sensor arrays can therefore be used for e.g. mito stress tests (oxygen consumption rate (OCR) detection after application of Oligomycin, FCCP, Rotenone & Antimycin A administration) or the detection of changes in the oxygen consumption after administration of new chemical entities (NCE).