Membranes made of Metal-Organic Frameworks (MOFs) represent a new key technology for achieving the EU climate targets by 2050. Membranes enable continuous gas separation, which (a) enables an active separation of CO2 e.g. from industrial waste gases, but also (b) enables a technological replacement of cryogenic distillation columns and thus the establishment of green production. 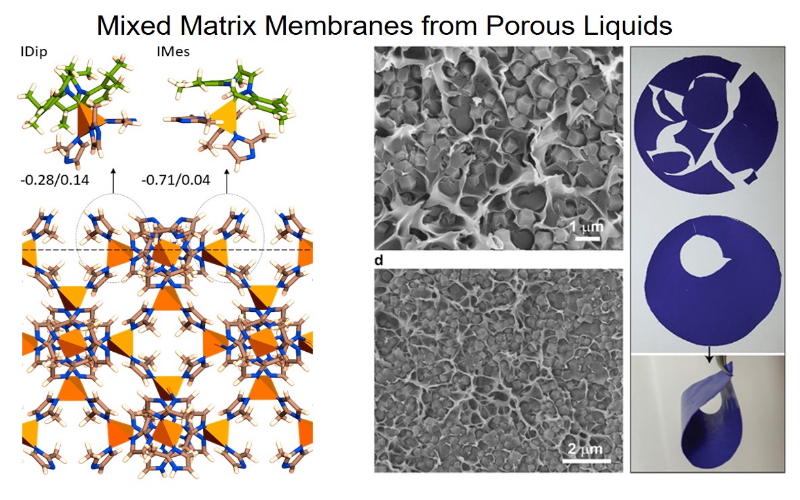 Porous liquids are a new class of materials which, in terms of MOFs, are colloidal dispersions in which the pore opening of the MOFs is smaller than the surrounding solvent molecules, so that the nanocrystals are "empty" and the pores are accessible. Porous liquids are highly processable, extremely stable colloids which, due to their monodispersity, can be used as filler material for mixed matrix membranes (polymer-filler membranes, MMMs), where they offer the possibility of generating extremely high polymer loading without losing the polymer properties. MMMs are the most relevant and application-oriented for the industry due to their low cost and easy production.

The synthesis of MOFs can be taken to the next level by using liquid phase epitaxy (LPE), which enables unit cell precision in film deposition, and the even on very rough surfaces of ceramic membrane carriers. This technology also enables the deposition of hierarchical layers, which then combine the separation parameters of several materials. 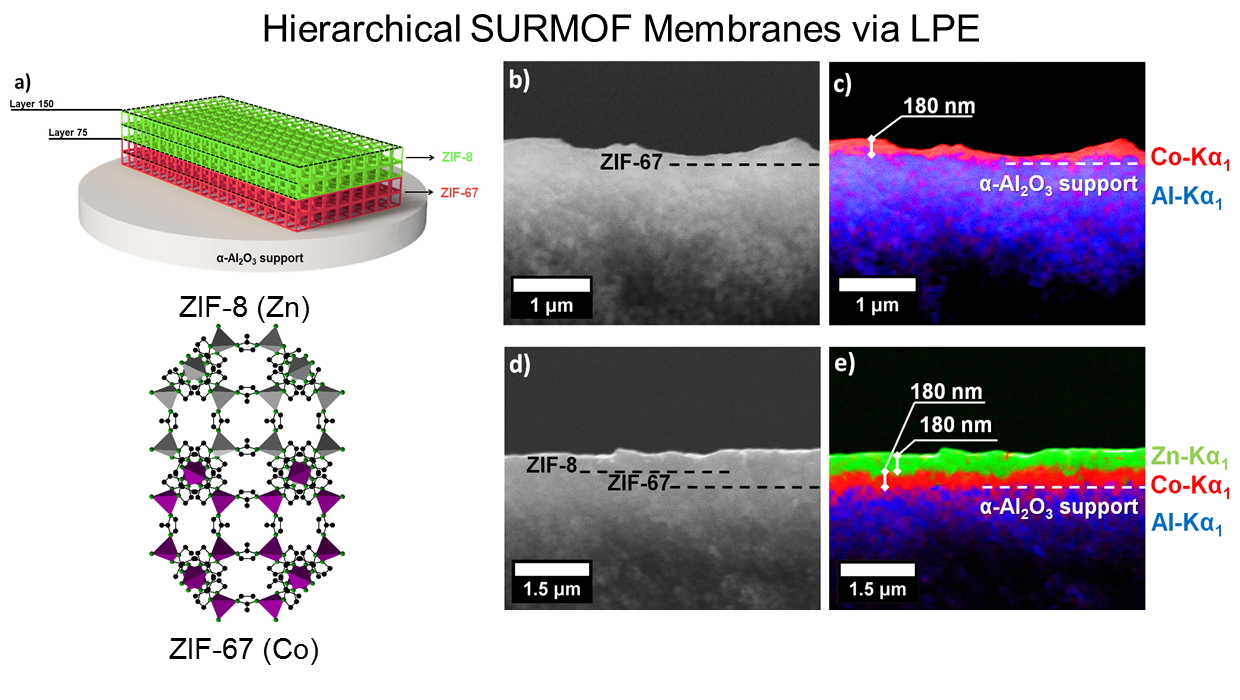 In order to improve or control separation properties such as flux and separation factor of membranes, special MOF systems and permeators can be developed which can be influenced in-situ by external stimuli such as light and electric fields. The results can then be a "defibrillation" of framework vibrations leading to improved molecular sieves or a switchable membrane via light irradiation. 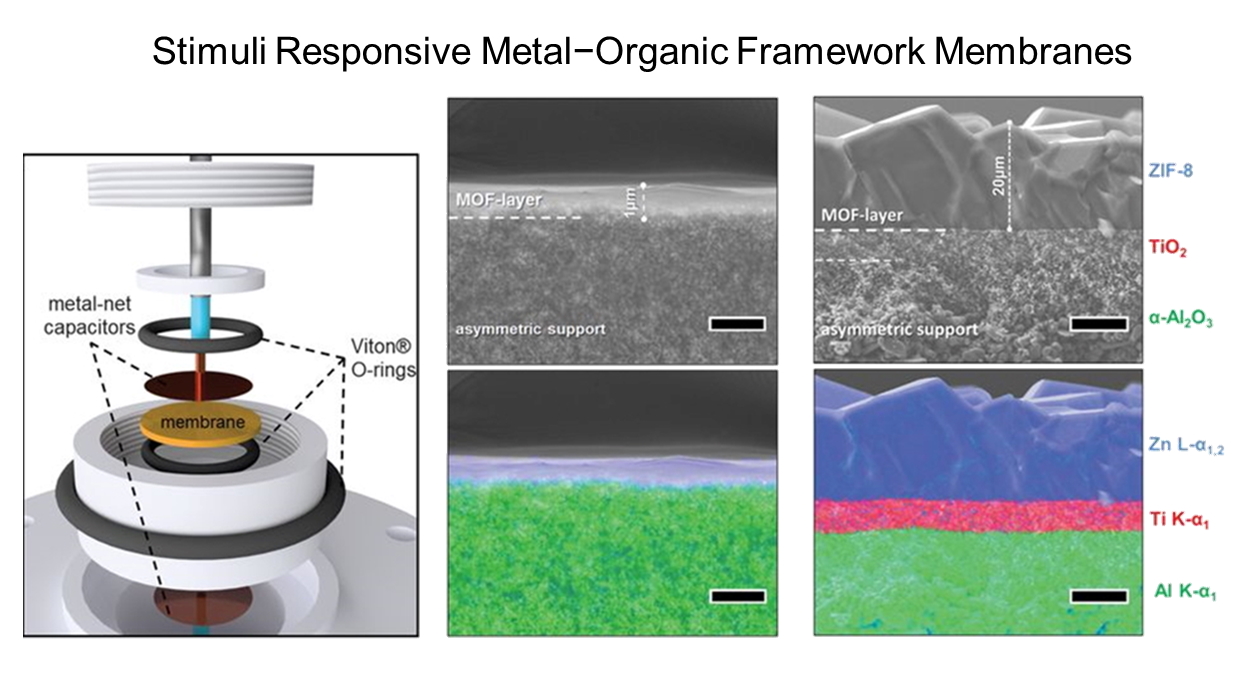 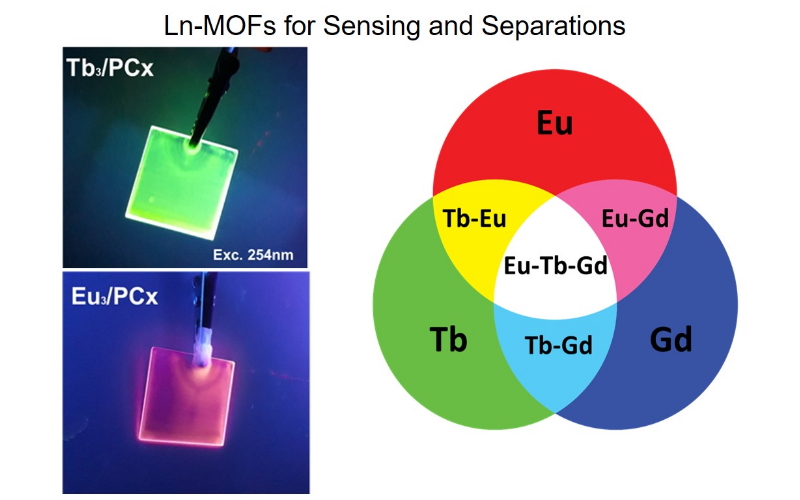 The use of lanthanides in the synthesis of MOFs and MOF thin films can lead to extraordinary properties. On the one hand, these MOFs are extremely temperature stable, up to 620 °C, but also luminescent and sensitive to gases via their pore system, which makes them interesting for sensors. Furthermore, the use of these materials in MMMs for gas separation is an interesting application that the research group is investigating. 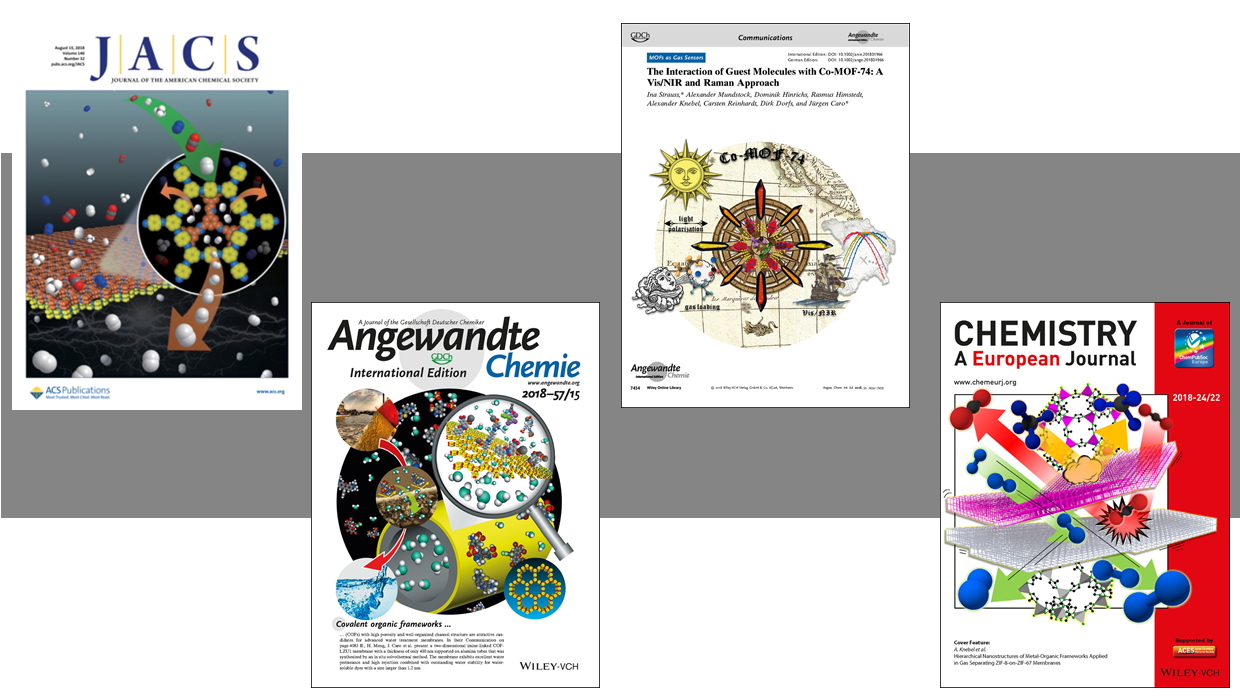